Following their decision to join the World Trade Organization in 2001 China became serious about protecting intellectual property. In June 2008, they announced the Outline of National IP Strategy, which set up a roadmap for China to become a country of high-level IP creation, utilization, and protection by 2020. As they rolled out the new legislation in accordance with the international laws on patents, the perception that China is a free haven for illegal copies is fading away.

AmbaFlex, as the inventor of the SpiralVeyor®, is known for working on the frontline of innovation and holds many globally awarded patents. Including numerous special spiral applications and many unique enhancements.

From the moment AmbaFlex became active on the Chinese market with the introduction of its SpiralVeyor® many poorly made spiral copies came and went. Building a functional spiral conveyor, able to operate for many years, is an art on its own that requires not only a high degree of craftsmanship but also years of experience and research. As local copycats lack that experience most of them disappear as fast as they come, leaving behind unhappy customers due to badly functioning machines.

Others, more persistent in build a working copy which infringes on one or more patents, have been stopped by AmbaFlex through the Chinese judicial system. The Supreme Peoples Court of Beijing and other local patent courts decided in favor of AmbaFlex in every one of these cases. The companies behind the copies have been forced to stop production and pay steep penalties.

AmbaFlex has always been very loyal to end users that bought a product in good faith, which turned out to infringe on our patents. In these cases, AmbaFlex waived the penalties to the end-user and did not push a request to remove the equipment from production lines. To establish a good relationship, AmbaFlex even repaired some of the non-functional equipment left behind by copycats that had withdrawn from the market. Many of those end-users are now loyal customers of AmbaFlex.

At the end, when IP’s laws are respected, all parties involved will experience the benefits. AmbaFlex will have the means to further improve and innovate in spiral technologies. The AmbaFlex manufacturing facility in Kunshan China and the sales engineering office in Shanghai bring high-level jobs and education to the people of China. But most importantly the end-user will benefit from the many years of experience AmbaFlex has having installed tens of thousands of spiral conveyors in the most demanding situations. 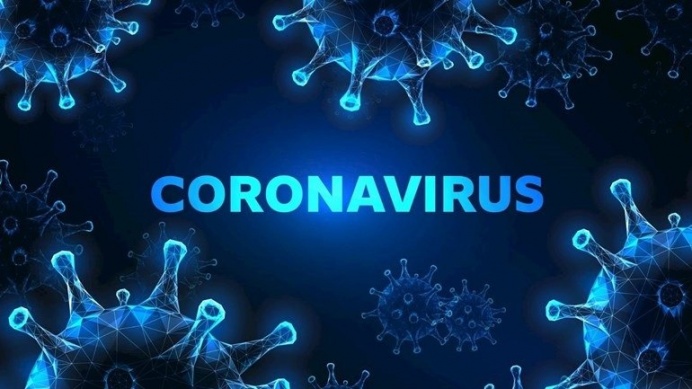 Last updated: January 10th, 2022 In relation to the development of the Corona virus (Covid-19) globally and in light of the latest measures issued by the ...
Continua a leggere 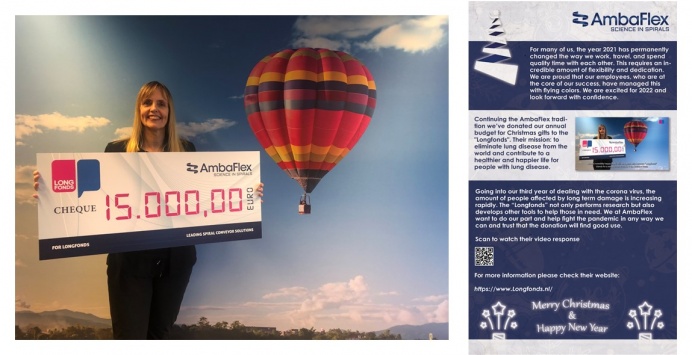 Continuing the AmbaFlex tradition we’ve donated our annual budget for Christmas gifts to the "Longfonds". Their mission: to eliminate lung disease from ...
Continua a leggere 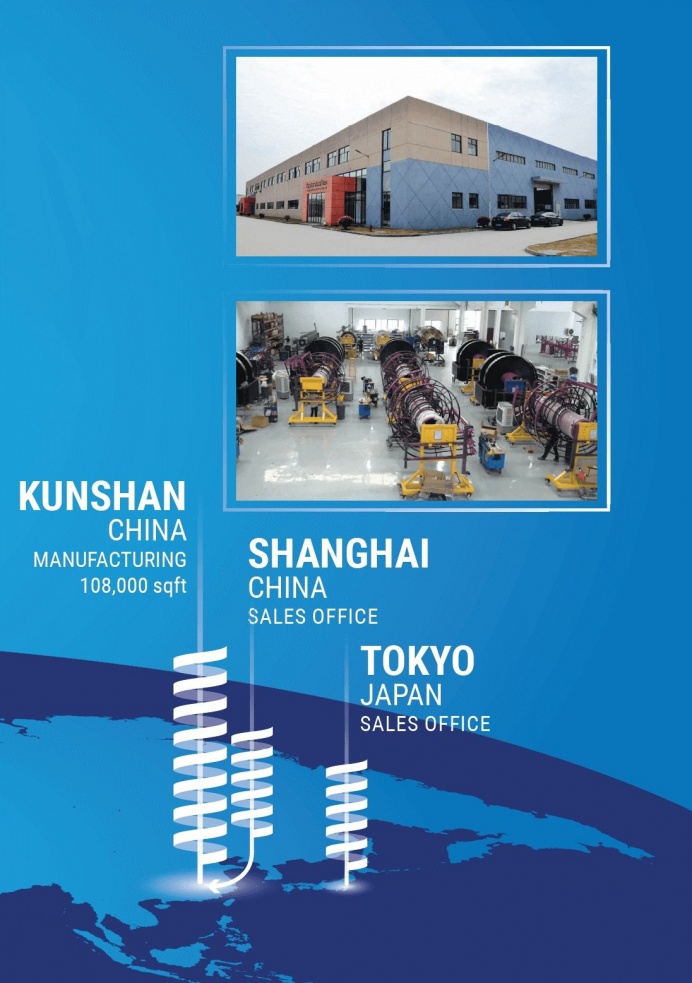 6/12 - Expansion of our Asian-Pacific facilities

Thanks to the continued growth of AmbaFlex in the Asia-Pacific region, we have expanded our production and sales in Asia. As a result, we've more than ...
Continua a leggere 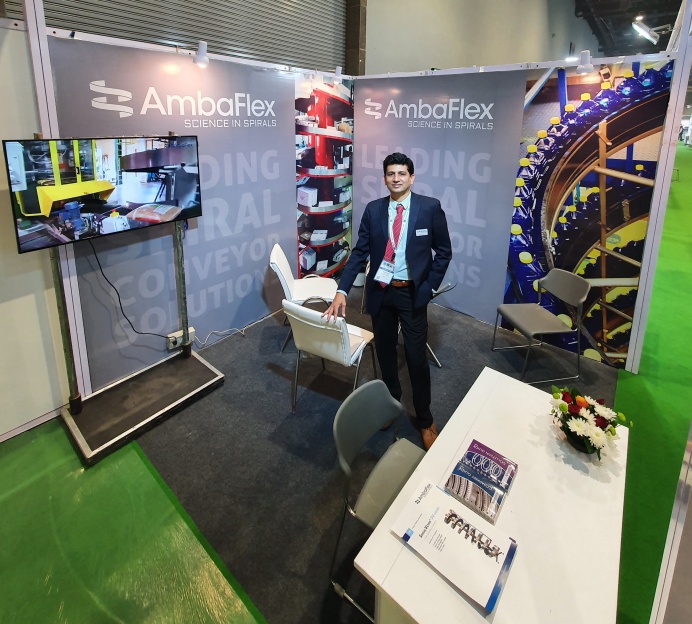 The show continues in India as well! During the PackEx India | 2-4 Dec 2021 | New Delhi, Sandeep Diwakar will be happy to talk you through what is possible ...
Continua a leggere 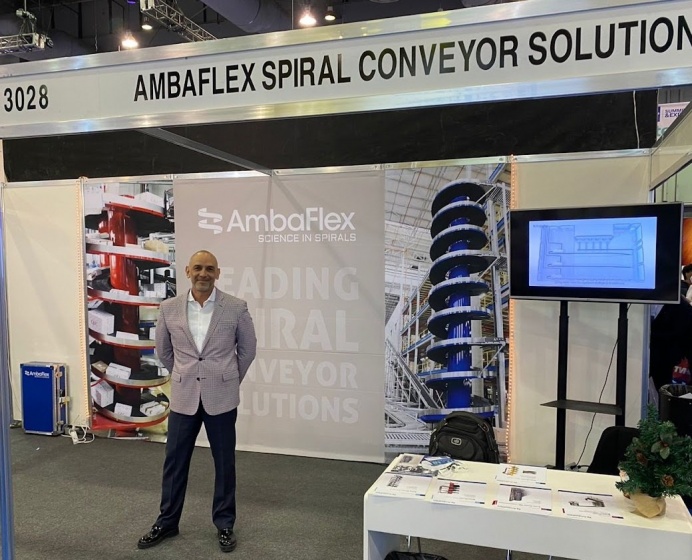 AmbaFlex is also well represented in Mexico! J.Fernando Rosillo will be present at The Logistics World SUMMIT &amp; EXPO November 24-25 at Centro ...
Continua a leggere 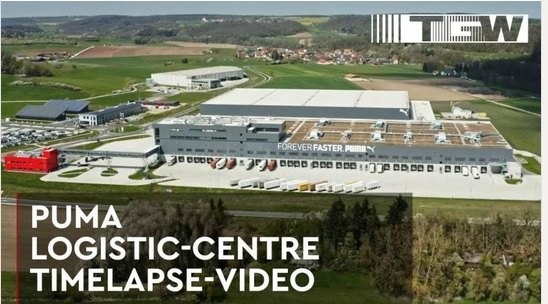 PUMA Group, one of the world's leading sporting goods manufacturers for sports shoes, clothing and accessories, invested in a new central distribution ...
Continua a leggere 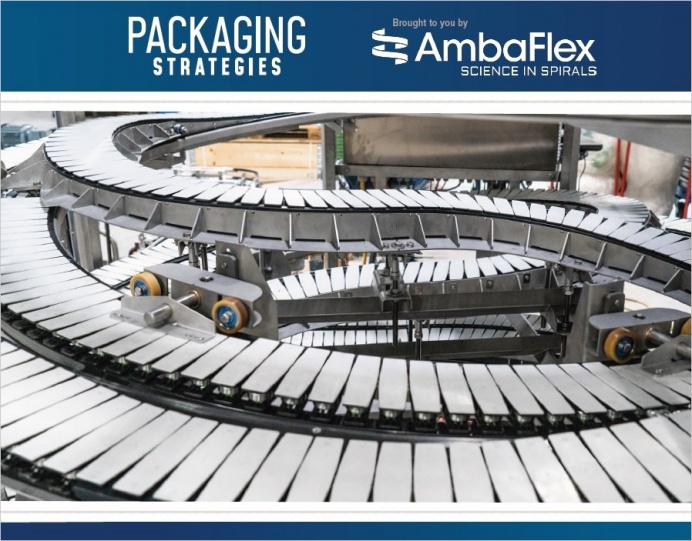 16/11 - When and How to Automate Your Packaging Line

When and How to Automate Your Packaging Line brought to you by AmbaFlex! View the Ebook at BNP Media Packaging Strategies here: download Packaging ...
Continua a leggere 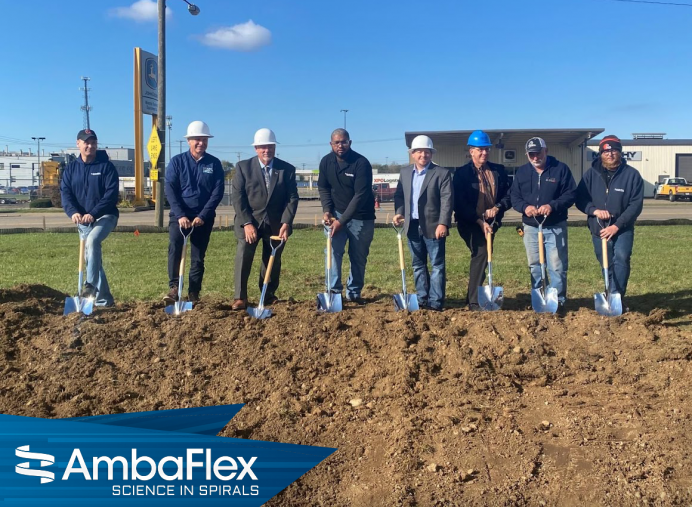 AmbaFlex is expanding! Our American production has just broken ground for a new 50,000 square-foot building in Canton, OH. This expansion will support our ...
Continua a leggere 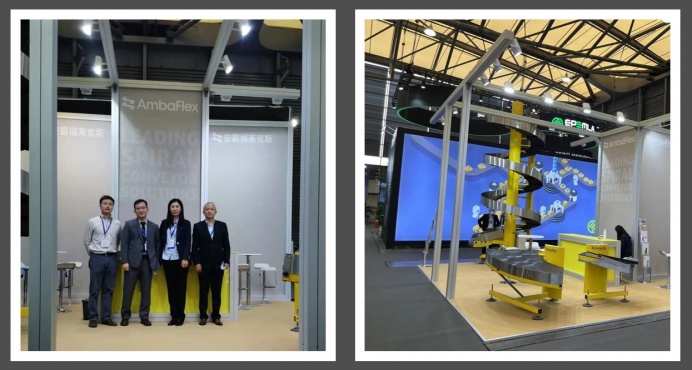 This week our Asian Sales Team is exhibiting at CeMAT ASIA. Meet Terry Chen, Celia Zhao and Charles Zhu at booth G5-3 in Hall W2. They can tell you all ...
Continua a leggere 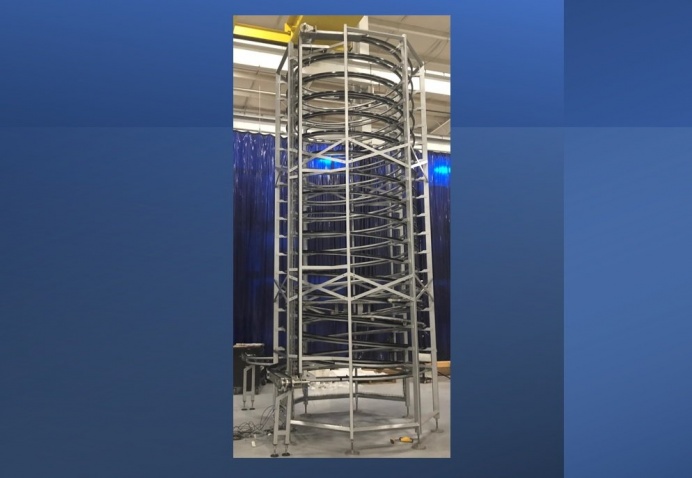 One of the major issues in production lines is that they depend on the complete line to keep functioning flawlessly. In most cases, when one machine stops, ...
Continua a leggere 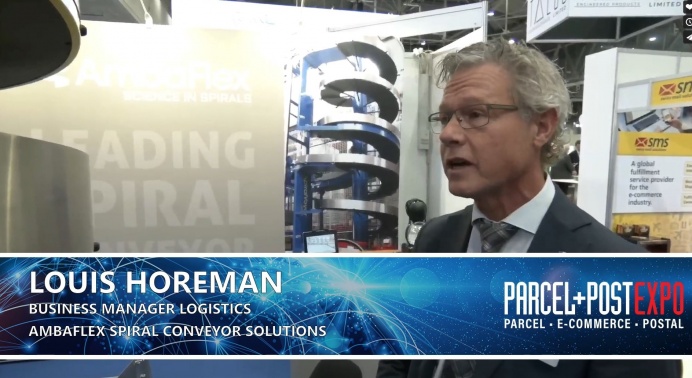 Did you miss the Hybrid Live event yesterday at Parcel+Post Expo? Our colleague Louis Horeman was interviewed about the trends, innovations in the market ...
Continua a leggere 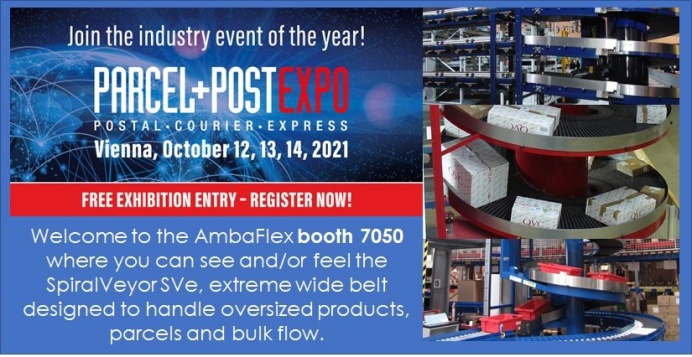 Next week AmbaFlex is attending the Parcel+Post Expo in Vienna! Have you already signed up?Stop by our booth 7050 to see our SpiralVeyor type SVe. This ...
Continua a leggere 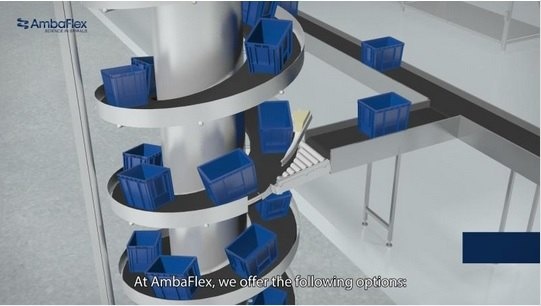 Check out our latest Multi-Level animation. The AmbaFlex SpiralVeyor ML-configuration is a Multi-Level Spiral elevator. It offers greater flexibility when ...
Continua a leggere 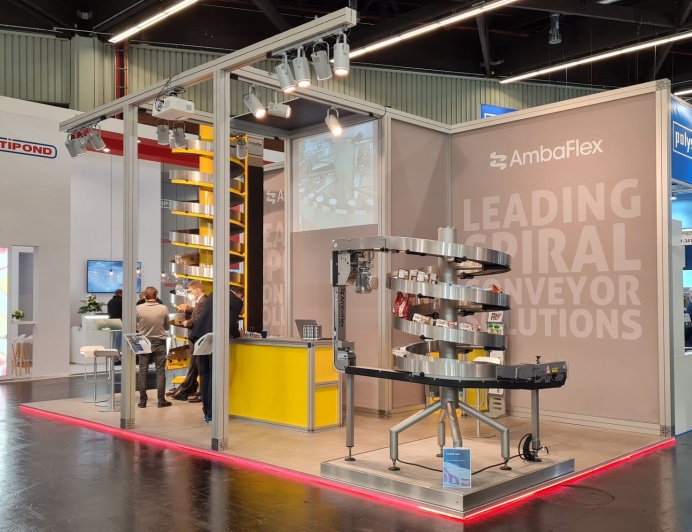 Second day of FACHPACK in Nuremberg! Also today we have a nice team at the booth to support you with all your Spiral questions. They are ready to meet you ...
Continua a leggere 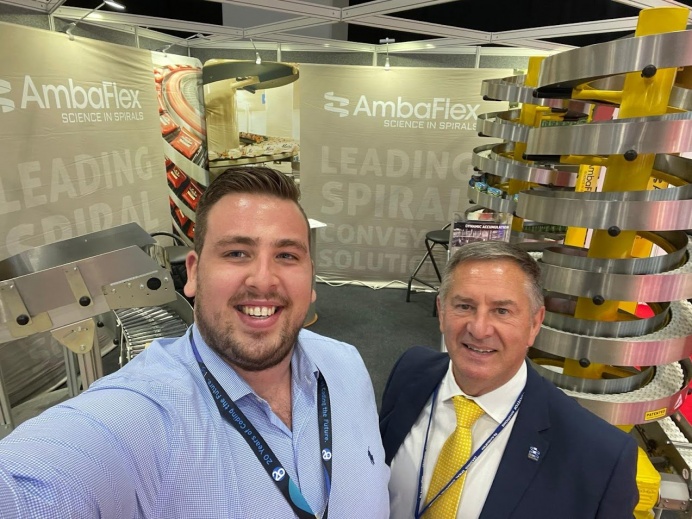 It's been quite a busy day at PPMA today. Will you also be stopping by Stephen Belfort and Luke van Aaken this week? See you at Stand G84!
Continua a leggere 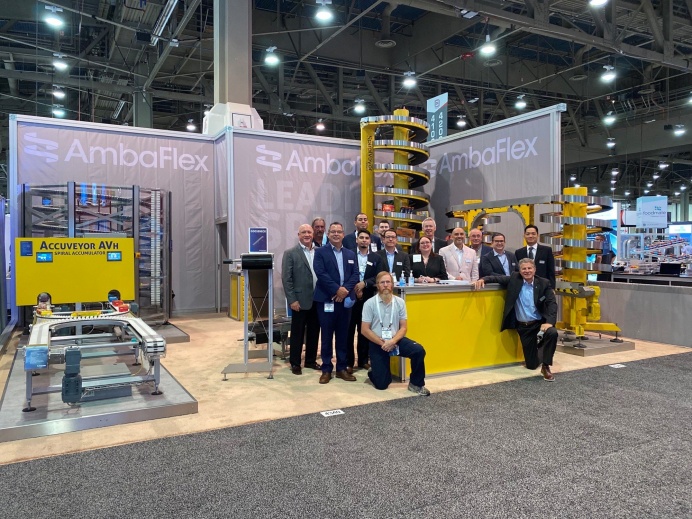